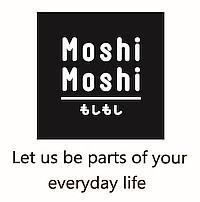 It follows an enthusiastic initial public offering (IPO) launch that saw its 75 million shares snapped up in a show of investors’ confidence in the potential of MOSHI. By going public, the company is ready to embark on a major expansion that will see its chain stores rising to 165 by 2025, thus maintaining its leadership in Thailand’s lifestyle product market.

Mr. Sanga Boonsongkor, Chief Executive Officer of MOSHI, said the entry to the Thai bourse represents a major new milestone in the company’s successful history. With the potential, competitive edge, and fundamentals as the major player in lifestyle goods retailing, MOSHI shares would gain the strength that attracts investors’ attention, he stated. Currently, the company is involved with up to 12 product categories that meet the needs of customers. They are home furnishing, bags, stationery, plush dolls, fashion accessories, beauty products, apparel, cosmetics, IT equipment, toys, food and drink, and other categories such as fabric masks and COVID-19 Antigen Test Kit. Altogether, there are more than 22,000 stock keeping units (SKUs) in MOSHI’s system.

The products come in collection forms with new offerings being laid out in stores every month to make it appealing to buyers with colors and patterns designed by the company’s in-house team and licensed cartoon characters such as Mickey Mouse, We Bare Bears, Winnie the Pooh, Snoopy, and Hello Kitty. The firm will use the proceeds from the fundraising for store expansion and investment in future projects. That includes the development of the original branches and improving the efficiency of the company’s operations such as the development of supply chain systems and point of sale systems. In addition, MOSHI is pondering the establishment of stand-alone stores outside department stores in areas close to target customers such as community areas and schools, as well as opening franchised outlets.

The target is for ramping up Moshi Moshi and GIANT outlets to 165 stores by 2025 from 101 operating as of 30 September 2022. Most of the outlets are located in leading department stores, hypermarkets, and local department stores nationwide.

Mr. Sanga noted that the company would open two trial stand-alone branches in secondary provinces outside department stores at locations in communities, schools, and government centers. “We will study customer and shopping behaviors in secondary provinces to determine the product mix that is suitable for outlets in those localities, taking sale figures, and profit margins to analyze and determine the appropriate format of a franchise as MOSHI has set its sights on expanding its franchised operations in 2024.”

Mr. Pongsak Phrukpaisal, Managing Director of Kasikorn Securities PCL which serves as a financial adviser and underwriter for MOSHI allotment, said the company is ending 2022 with a high note, thanks to its listing on the SET. He said: “MOSHI is in the lifestyle product industry which is growing faster than the retail industry in general. “That is because lifestyle products are an indication of identity and therefore it has expanded according to the growth of the middle class.

Moreover, MOSHI has advantages over competitors such as the management team with a long retail business experience and a good relationship with manufacturers and distributors both at home and abroad. Yet, MOSHI has many products that are only available at its stores. By being a Thai company with its own procurement and product development department, it has a good understanding of the market and the needs of the Thai people. As a result, the company has been able to constantly launch new products to respond to the demand trends of customers that change quickly. Meanwhile, MOSHI has an outstanding store design that makes it different from other operators’ shops,” he concluded. 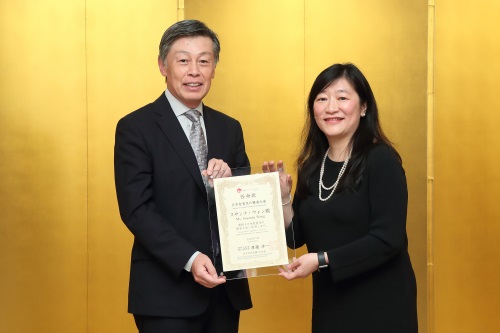